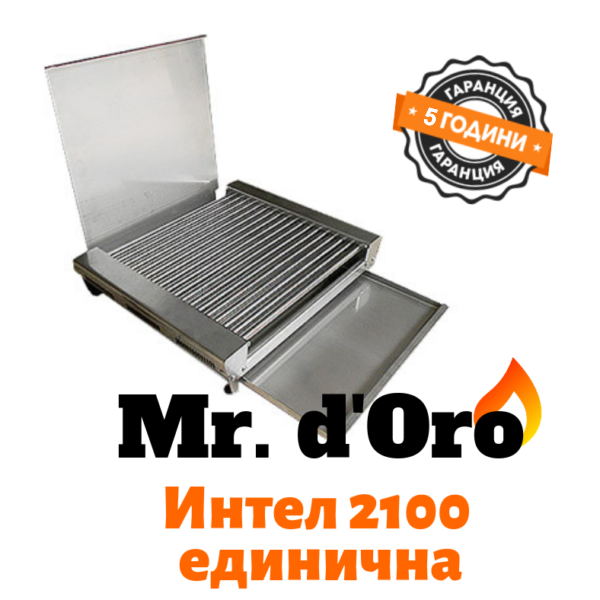 Dear users,
We understand that in Bulgaria the determining factor for making a purchase is the low price of the product, but it is incompatible with the concept of high quality. Know that low-cost goods are always of low quality! It is no coincidence that the English proverb says:“I’m not that rich to buy cheap goods!”

We produce for you fully stainless steel tubular grills of uncompromising quality, which are not intended for the general public looking for cheap mints.

Our customers appreciate barbecue – a method of cookingwhich has made many people love it because of the way the meat is cooked, making it an incredible dish. And one of the main components of the barbecue is quality grill. Our grills Mr. d’Oro are designed for cooking meat products(kebabs, meatballs, steaks, skewers, fish and fish products) and are not a “magic” multifunctional device that can do anything (bake sandwiches, pancakes, vegetables, etc.). They do not rustbecause they are made entirely of stainless steel, incl. and fasteners. In their production we fulfilled 100% of the set criteria:

* The increased power of this model allows the grill to be used outdoors in the winter.

A chrome-nickel spatula for cleaning the tube heaters is included in the package of the grill.

This is custom heading element

In creating the Single European Market of which our country is a part, the European Union (EU) introduced specific legislation for certain categories of products marketed. This legislation sets out additional rules other than the general safety requirements that all products must meet.

Under this legislation, every manufacturer (whether or not an EU member) is required to affix the CE marking to those goods which will be sold in the European Economic Area and which fall under the European New Approach Directives. Тези директиви имат за цел да „хармонизират“ изискванията за безопасност, т.е. да сближат законодателствата на страните-членки относно изискванията за безопасност. This in turn facilitates the movement of goods within the European Union. By affixing this mark, the manufacturer declares that his product complies with the requirements and the conformity assessment procedures described in the relevant directive are fulfilled. The manufacturer is also required to draw up technical documentation and sign a declaration of conformity.

The “CE” marking does not mean that a product is manufactured in the European Economic Area (EEA), but simply indicates that it has been evaluated before it is placed on the market and that it complies with the applicable legal requirements allowing it to be marketed there.

Unfortunately, due to falsification or misuse of the marking, there is never a 100% guarantee of the safety of a product bearing the CE marking. This is why European countries have set up market surveillance authorities. Their role is to protect consumers from dangerous products as far as possible. This is done by checking manufacturers, importers and distributors, by checking and testing products and by taking action if the rules are not respected. These actions include the seizure of dangerous products by consumers, their withdrawal from the market, the destruction of dangerous goods and the imposition of fines or other sanctions.

Since product does not inherently carry major risks, such as gas boilers or chain saws, the law does not oblige us to check its safety by an independent organization designated by the national authorities. But in order to guarantee the high level of safety of our product and to protect the public interest, we have assigned these inspections to an outside notified company (CENTER FOR TESTING AND EUROPEAN CERTIFICATION – LTD. – Stara Zagora), which confirmed this with an LVD certificate 14-000- (2-14-877) -025.

There are no reviews yet.

When the product is unavailable, we are required to notify you within the above deadline and to specify a new delivery period.

The manufacturer is not responsible for delaying orders due to the courier company's fault, inaccurate address or other force majeure circumstances, but for any reason, he or she is obliged to notify the User of this and indicate a new delivery date.

The price for the delivery of goods is determined by weight, size and destination according to the prices of the delivery company concerned. heir price lists are available on their internet sites.
The user has the right to check the goods delivered and delivered before accepting it and paying by the courier company.

The consumer has the right to refuse to accept the shipment if the amount to be paid to the courier does not match the amount due. In this case, we ask the User to contact the Manufacturer immediately to resolve the nonconformity.

If the goods are damaged due to improper transportation or are missing and damaged, the user may refuse to accept the goods and, in the presence of the courier, make an entry in the bill of lading. A statement of findings is prepared describing the condition of the shipment at delivery and its packaging. In the event that the customer takes the consignment under his own responsibility and fails to submit his claims to the courier, the claim is invalid.

By continuing to use the site, you agree to the use of cookies. more information